Is it Legal to Wear Personal Body Cameras in Public? 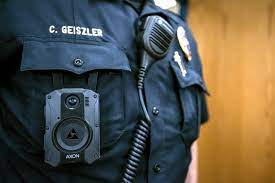 What are personal body cameras? Are they similar to toting a camera everywhere you go? Would it be legal to use them in public places?

These are the FAQs many people ask when considering investing in personal body cameras. The law says that filming an event or somebody using the camera of a smartphone is the same as filming with a body camera.

While camera laws are not specific, civilians wearing personal body cameras in public places can only capture video but not audio.

Can you film police officers using a personal body camera?

In the same manner, the police cannot enforce a bystander from deleting photos or videos taken in public. However, applicable laws apply when citizens use body cameras to film police officers.

For example, obstructing police activities or trespassing on private property while filming is breaking the law. Police officers are also granted their right to privacy. It means that you will be breaking eavesdropping or privacy laws if you record police officers without their permission.

Are body cameras allowed inside a supermarket, mall, or store?

The policies of the supermarket, mall, or store owner are the deciding factors to whether you can wear a body camera while inside their establishment. These locations are considered private and the owner’s rules are to be followed by all people entering them.

It means that these business establishments have the right to prohibit the use of body cameras while inside them. Prohibiting a customer from using a body camera is not seen as an act of discrimination nor infringe on their rights.

Shopping inside a supermarket, mall, or store is not a right but a privilege granted to the public. No constitutional right is violated when a store owner prohibits the use of a camera. Owners’ preferences should always be respected while inside their facility.

Are you allowed to use a body camera to film someone without their knowledge?

No laws are violated if you film someone in public without their knowledge if that someone does not expect some form of privacy. Complete privacy is not reasonably expected from people sitting in an al fresco cafe or walking on a public street.

However, audio recording is something that state laws protect. Eavesdropping on private conversations and recording them without their permission is invading their privacy. A consent or release form should also be acquired from someone you want to film for commercial purposes.

Is it a requirement for all officers to wear body cameras?

Recording conversations between a private citizen and a police officer is also prohibited in some areas such as a private home.

Camera laws are still a bit hazy in many countries. Be that as it may, it’s always best to know what is allowed and what is not.